At the centre of the work is Rotem (22), who was injured by bullets in his chest, neck and hand during his military service. As a result he now has Aphasia, a speech and language disorder associated with damage to the language centre of the brain.

In Battles under the Sea of Ice, Rotem is seen responding to the reading of an excerpt from Gregory Grebniev’s Arctania-Flying Station. The protagonist of this story, a young boy named Yura, sets out to search for the lost body of Amundsen, the famous Polar explorer. In the short text read out, Yura is digging in the ice, gradually losing touch with the world around him.  Eventually he discovers a black hand in the ice, which to his disappointment does not belong to Amundsen.

In the film, Rotem listens to the story and expresses his thoughts as he tries to grasp the meaning of the words. Although he understands the narrative, he struggles to articulate the individual expressions. As a result, the story is dissected and sound, image, and linguistic meaning become separate threads, no longer woven into a coherent whole. As the story of the search for Amundsen unravels, in Rotem’s hands a new grammar emerges in which Yura’s search and Rotem’s experience can be seen to merge. 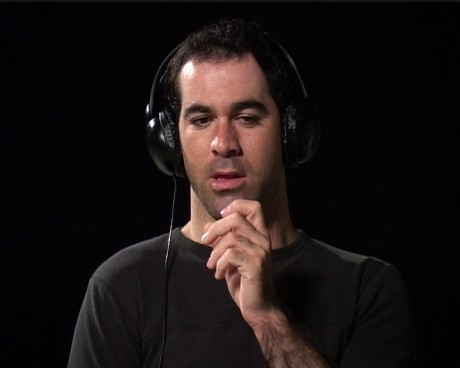 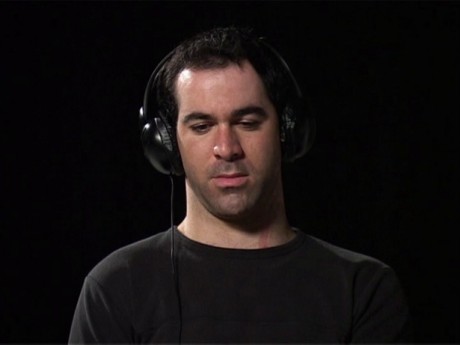