"On a Clear Day We Can See Forever" forms part of a larger project comprised of an installation, drawings and a series of video works exploring Remote Viewing (RV) – a psychic ability to see and describe remote geographical places - in search of a new form of art that relies neither on traditional sense perception or pure artistic imagination. The work continues Russo’s exploration of the subconscious, shining a light on some of the murkier and unknown corners of human experience.

The video work centers around a drawing made by Russo, and an attempt by a Remote Viewer to see and describe it by accessing it remotely, without having any prior knowledge at all of its subject. The only information the Viewer received about the drawing, which depicts a group of priest-like men sitting in a Chinese temple-like chamber, was a series of random numbers chosen by Russo as a reference. These numbers were given to him by a monitor presiding over the session, while a printed image of the drawing was hidden in a sealed envelope nearby.

This session was unusual in that it used an artwork, the product of Russo’s own imagination, as the target to be accessed by the viewer, whereas most RV experiments concern themselves with trying to describe an existing geographical place. As such, the experiment raised a number of questions about the nature of perception and what precisely constitutes a work of art. Can people transcribe or describe images, such as drawings or paintings, which are created by other people through some kind of psychic link?

Remote Viewing was originally developed during the Cold War, when the CIA asked physicists Russell Targ and Harold Puthoff to research potential military applications of paranormal phenomena. Psychics and regular people were asked to follow a protocol during which they had to view and then give information about remote geographical targets such as roads, buildings and laboratory apparatus. The accuracy of the descriptions was astonishing, and far beyond what might be accounted for by coincidence. Targ and Puthoff’s results suggested that Remote Viewing is a latent and widely found perceptual ability which can be taught and practiced by anyone.

The video follows the Remote Viewer as he goes through the established military protocol used to describe a target remotely. The camera focuses on his face and the images and descriptions he draws while identifying the target, navigating a mental landscape filled with infinite possibilities.

The viewing session proved remarkably successful, raising intriguing questions about how the mind perceives and processes visual images. What exactly does the Remote Viewer see? Is he seeing Russo’s two-dimensional image on a page, or is he experiencing it as a three-dimensional space that is created and articulated in the drawing? Might he be tuning in to the artist's intentions as opposed to the graphical reality of the piece - capturing the mood or spirit of the work rather than its physical characteristics or properties? Or perhaps a combination of the three? 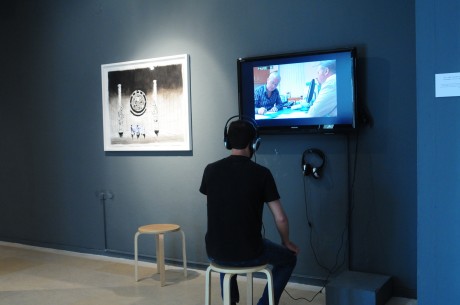 Installation view at the CCA, Tel-Aviv 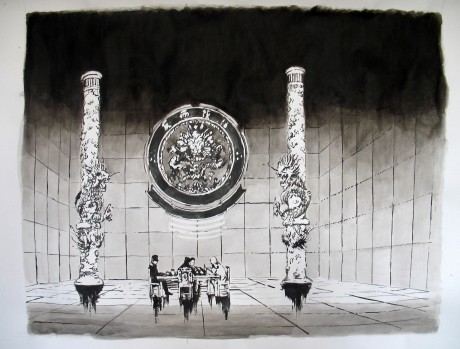 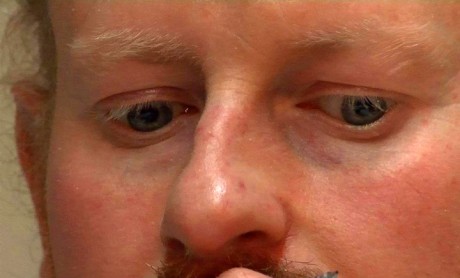 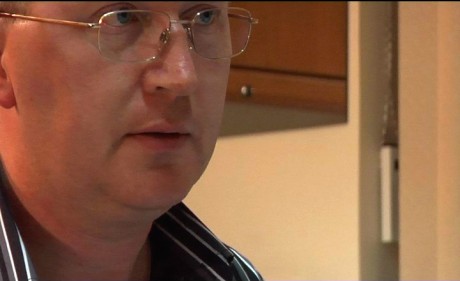