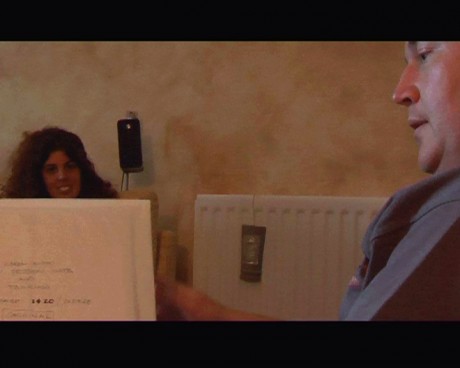 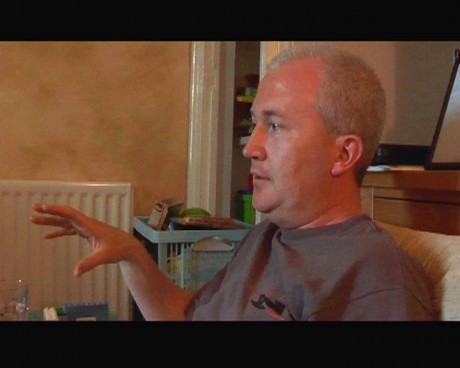 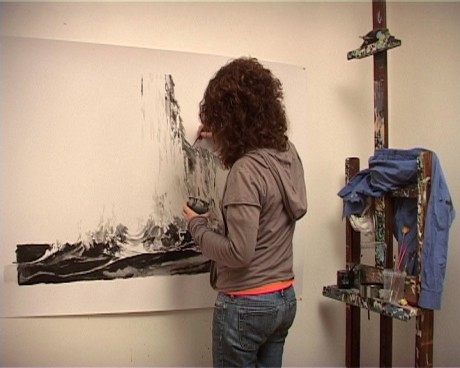 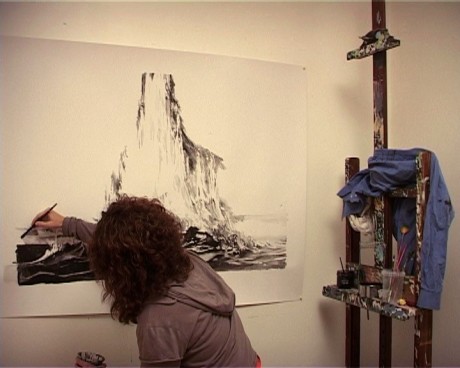 In the first work in the series, “On a Clear Day We Can See Forever”, Remote Viewer Paul O’Connor attempted to view an artwork by Karen Russo which had already been made.

However, this process is open for criticism. People could argue that Paul might have seen the drawing before, which would influence the outcome of the Remote Viewing session. In Yesterday’s Paradox, Today’s Reality, this problem was addressed by changing the time parameters of the target. For this project, the task was to try to Remote View the NEXT two-dimensional artwork that Russo would produce. In other words, to view a piece that did not yet exist.

Both Paul O’Connor and Andrew Usher took on this challenge and presented Russo with a sealed envelope containing the results of their sessions. This envelope was to be opened only after the completion of her next two-dimensional work.

Once again, the results were remarkable. The Remote Viewers described Russo’s drawing with a high degree of accuracy, and to the artist’s surprise, even managed to pick up on the mood she was in during the making of the work.

Modern physics seems to indicate that we live in a spider web of space and time, in which both the future and the past are tugging on the present.  Russo’s experiment examines these temporal and spatial crossroads, and raises a number of questions about the nature of perception and precognition and the ontological identity of the artwork.

What are the implications of viewing works that are to be made in the future? Can someone access something which has not yet been created? And if so, could a person influence, directly or indirectly, someone else's next artwork?