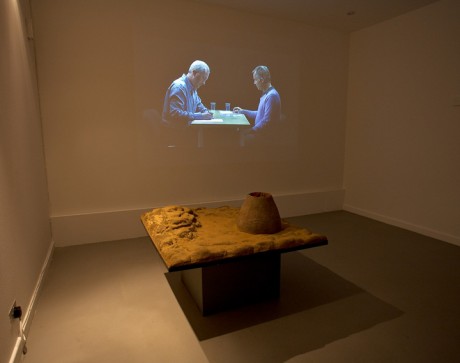 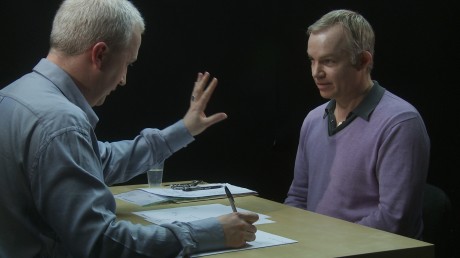 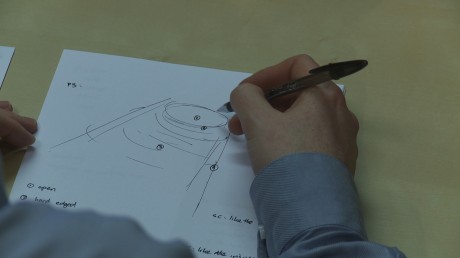 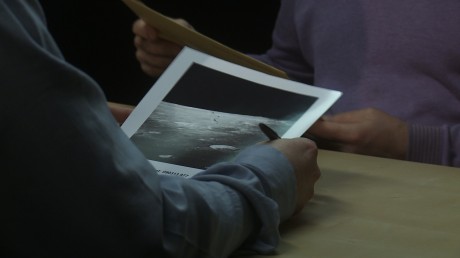 Target: 090313 977 explores the application of Remote Viewing – the psychic ability to see and describe remote geographical locations, or ‘targets’ – developed by the CIA during the Cold War for intelligence-gathering purposes.

The work centres on an attempt by a Remote Viewer to psychically access an undisclosed target using only a set of coordinates as a reference.  A printed image of the target remains hidden in a sealed envelope nearby, to be revealed only at the session’s end. For this experiment, however, the artist presented the Viewer with a challenge that had never been tried before. Unlike in most RV experiments, which aim to identify geographical targets on the Earth’s surface that can independently verified, in this case the target is a site in outer space - on the dark side of the Moon.

During the Viewing, the Remote Viewer’s impressions were documented and then delivered to a professional sci-fi movie model maker, who was commissioned to build a model based on the visual descriptions provided.

The resulting sculpture presents a fictional lunar landscape based on psychic information, where a poetic and fictional proposition becomes more tangible than an actual physical place. As such, the work explores the mechanism of interpretation from wholly new standpoint, rendering a psychic process of data gathering into a concrete sculptural form.

Remote Viewing was originally developed during the Cold War as part of the Stargate Project, a CIA sponsored research programme into potential military applications of paranormal phenomena. In a series of experiments conducted by the physicists Russell Targ and Harold Puthoff, human subjects of a range of psychic ability were asked to follow a protocol during which they had to view and then give information about remote geographical targets such as roads buildings, and laboratory apparatus. The accuracy of the descriptions was astonishing, and far beyond what might be accounted for by coincidence. Targ and Puthoff’s results suggested that Remote Viewing is a latent and widely found perceptual ability which can be taught and practiced by anyone.’