Solo show at the Tel-Aviv Museum of Art

Karen Russo’s solo exhibition presents three new video works and large-scale charcoal drawings. The works reflect on German cultural history and the link between irrationality and nationalism through the legacy of Expressionism.

Russo’s practice is informed, among others, by an eclectic range of sources, from architecture and science-fiction to psychology and criminology. She is intrigued by dangerous moments in history in which ancient myths and symbols merge with political ideologies to ground political narratives, often with disastrous consequences. The films demonstrate the failures of personal, artistic or national utopias, and the blurring of boundaries between history and fantasy.

TED-Stadt (2016) is a journey filmed inside a model of an ancient Egyptian-style city. The city was planned in 1917 by the Expressionist artist Bernhard Hoetger for the German biscuit manufacturer Hermann Bahlsen, who sought to build a city for the benefit of his employees. The original model of the city was lost, and Russo has reconstructed it using architectural plans and photographs. Interwoven with Russo’s footage are shots from Anton Kutter’s 1939 propaganda film Germans vs Pharaohs, which proposed that the pyramids were actually of Germanic design. A deserted ghost town unfolds, with the camera wandering through streets, monumental buildings and pyramids, accompanied by an electronic soundtrack by musician Binya Reches.

Haus Atlantis (2016) examines the history of a strange Expressionist building designed in 1931 also by Hoetger, together with the businessman and art patron Ludwig Roselius, with the intention to “restore the self-esteem of the German people.” The design of the building, which was to serve as a cultural institution housing Roselius’s collection of prehistoric artifacts, combined Nordic mythology, pseudo-science futuristic architecture in an embodiment of racial supremacy. Russo’s film shows the magnificent interiors, including its blue glass ceiling and spiraling staircase, along with archival materials and images of the building in its current state, now functioning as a hotel. The work presents the building’s history as an archaeological science-fiction narrative, and expresses fundamental doubt regarding ideologies, utopian visions and beliefs.

Junker Haus (2019) was commissioned specially for the exhibition and explores the private residence of the reclusive architect Karl Junker (1850-1912) who dedicated his life to building his house in Lemgo, north Germany. Junker immersed himself obsessively in creating wood carvings which fill the house and produced a hoard of intricate motifs combining Art Nouveau and Expressionist elements. The camera moves in and out of the house, which was designed as a total artwork, blurring the distinctions between interior and exterior. Shot in black and white, the film uses dramatic lighting – projections, reflections and double exposures – to dislodge the building from a specific time and place, thus forming a fluid world in which architecture offers a mystical and visionary experience.

The exhibition also presents large-scale charcoal drawings fusing historical monuments, sculptures and architectural motifs with elements from science-fiction films. The drawings propose a hybrid reality born from the dark side of collective dreams and evoke in the viewer a sense of mystery and awe.

Myths of the Near Future Tel-Aviv Museum of Art 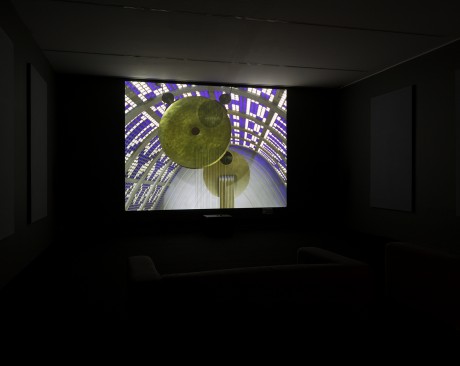 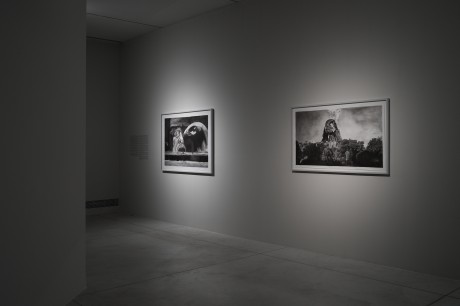 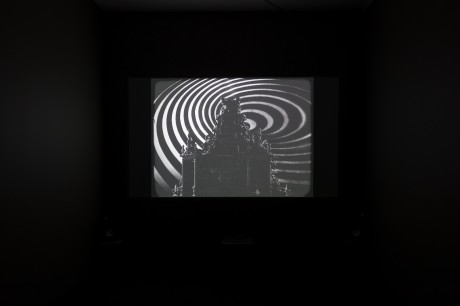 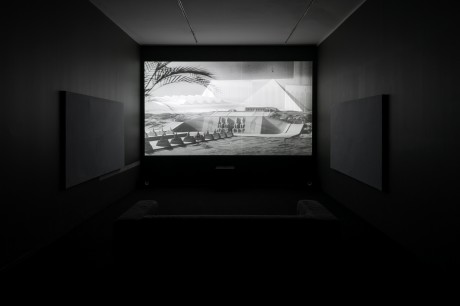