Spanning 22 years, the Dutch photographer Dana Lixenberg’s series Imperial Courts (1993-2015) documents a Black and Latinx community in a public housing project in Watts, Los Angeles, an underserved corner of the city that remains near invisible to LA’s wealthier citizens. In large format, black and white photographs, she chronicles the passage of time, from new births, to technological change, to the ineluctable process of ageing. At once sociological data, and a quietly powerful critique of ongoing inequality and injustice, these works also confront us with particular human beings, each of whom inhabits the frame with dignity, choosing what they give to Lixenberg’s lens, and (perhaps even more crucially) what they hold back.

The Scottish artist Charles Avery presents a suite of drawings and objects detailing life in the imagined city of Onomatopoeia, capital of a nameless island. The panoramic drawing Untitled (City Wall market scene) (2020) depicts a teeming market place in the shadow of Onomatopoeia’s towering ramparts, which is both a site of economic activity and – in the spirit of the ancient Athenian agora – intellectual exchange. In the centre of the gallery space, a sculptural diorama, suggestive of a café table beneath a spreading tree, brings Onomatopoeia into our own reality, where this fictional metropolis feels at once strange and strangely familiar.

In a film, a series of charcoal drawings, and a grid of photographs, the London-based Israeli artist Karen Russo explores ‘Tet-Stadt’, an unrealised plan for a Neo-Egyptian civic paradise to be built outside Hannover, commissioned by the German biscuit manufacturer Bahlsen in 1917. Part historical fantasy, part sci-fi fever dream, this utopian city anticipated darker visions of the urban, not least those of Adolph Hitler’s favourite architect, Albert Speer. Colliding the dream world of Tet-Stadt with imagery from Nazi film propaganda, Russo’s work performs a kind of archaeology of cultural fragments, illuminating how notions of civilization and cultural genealogy seek to find concrete expression in the built environment.

Curated by Tom Morton, The City & The City & The City borrows (and extends) the title of the British writer China Miéville’s celebrated novel The City & The City (2009), a police procedural set in two separate fictional Eastern European cities, Besźel and Ul Qoma, which occupy the same physical territory, while having markedly different languages, cultures, and systems of belief. The exhibition, then, might in a sense be conceived of as a conurbation or megalopolis, whose constituent ‘cities’ each have their own complex civic identity, while sharing (sometimes surprising) correspondences and overlaps with not only their near neighbours, but with many other cities, real and imagined, from across human history. 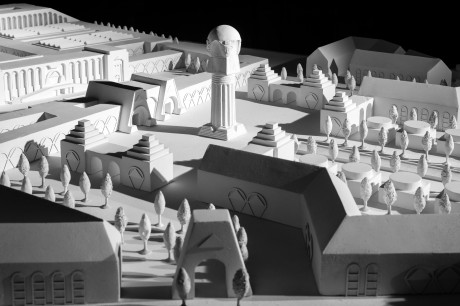 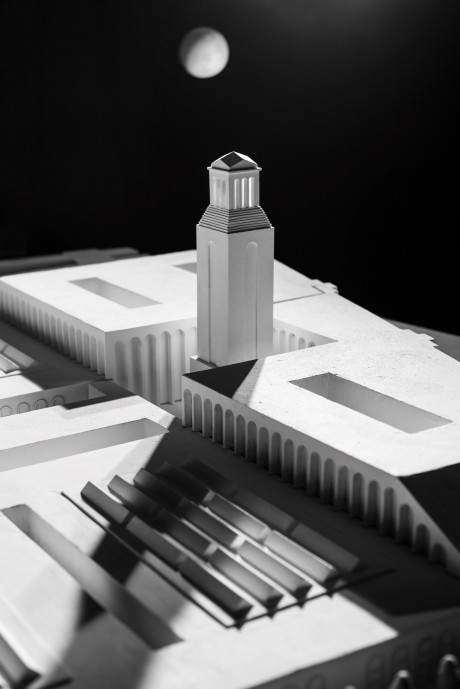 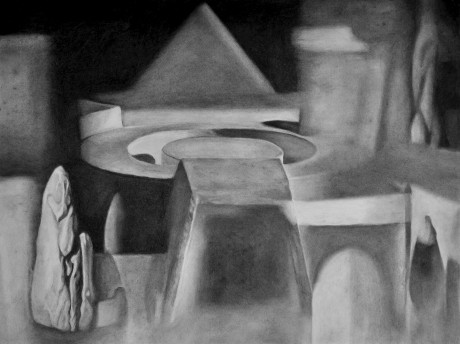 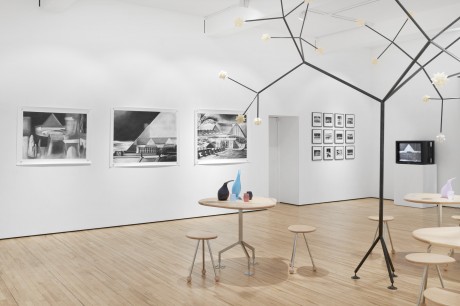